Oil catch can specifically designed for the 2GR swap in the SW20 MR2 chassis.  The Wilhelm Raceworks catch can is internally baffled, and bolts to existing mounting points on the firewall.  The can is intended to be installed with a drain back to the oil pan, so it will never need emptying!  To facilitate this, the PCV valve must be moved to the 3/8 BSP port on the can.

The drain back is particularly beneficial on a track car where you may wish to over fill the oil by about a half quart to reduce oil starvation.  Without the drain, eventually the extra oil will end up in the catch can where it won't do your motor any good.

A 6an to 3/8 BSP fitting is provided to convert the PCV valve port on the manifold to AN hose. The catch has a 6an inlet fitting on the top, and a 6an on the bottom for the drain.  A piece of 6an hose without fittings works perfectly for the line from the PCV valve to the manifold.  Plumbing not included. 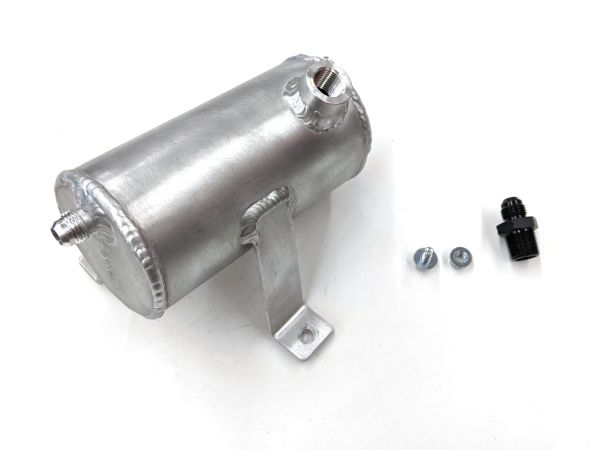 I recommend an upper hose with a 120 degree hose end on one end and a 90 on the other as shown.  For the drain, a port can be added to the forward part of the upper oil pan either by welding, or with a self sealing "fuel cell" bulkhead fitting. 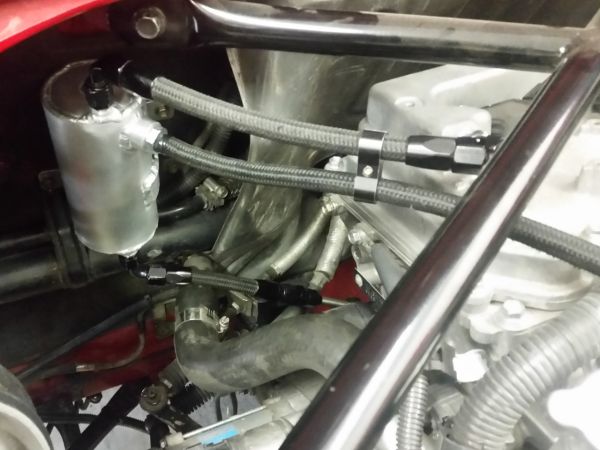