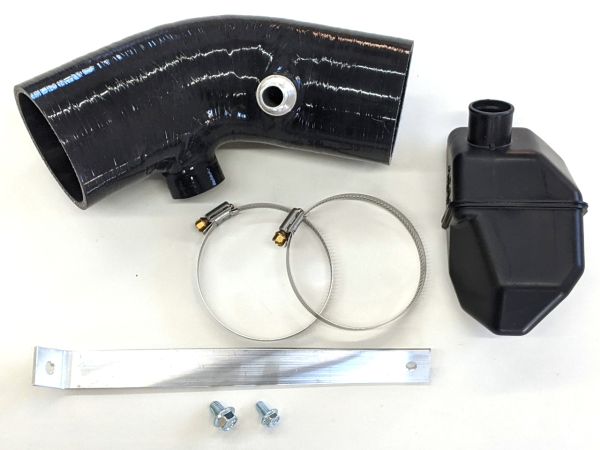 The MAF sensor pipe and associated ECU tune offered by Frankenstein Motorworks is one of the best things you can do to make your 2GR swap run as it should.  As explained in my blog post on the subject it keeps fuel trims nearly perfect and makes a few extra HP as well.  However, in order to use it on your swapped 2GR an elbow with a connection for the PCV system is required, and a bracket to support the intake is strongly recommended.

This custom silicone elbow provides both the port for the PCV and also a port for the OEM resonator from the Sienna (pn: 17893-0P090).  The resonator significantly improves the quality of the data provided by the MAF sensor, allowing the ECU to make better load calculations resulting in more consistent air fuel ratios and generally making the engine run just a little bit better.  The resonator can be purchased brand new from Toyota for about $20.

This kit includes a simple bracket to support the intake as shown below (compatible with the E153 transmission, may work with others), plus the necessary clamps and hardware. 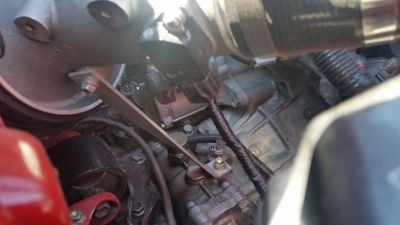 Commonly assumed to be only for noise suppression, my testing has shown that the Helmholtz resonator often found between the MAF sensor and the throttle body on OEM intakes actually has a significant smoothing effect on the data from the MAF sensor.  Since this is one of the primary inputs from which the ECU determines everything else, getting the best possible MAF data is very important.  The graph below shows the difference in MAF data from two pulls with the resonator vs two pulls without the resonator. 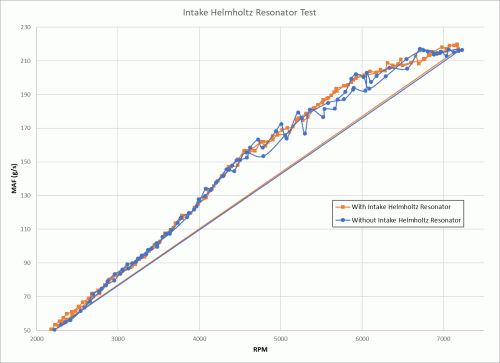 This in turn allows the ECU to produce a smoother load curve, and in some cases results in a smoother more consistent air fuel ratio.  While I have not yet found this to result in more power, it certainly can't hurt to provide the ECU with better data.