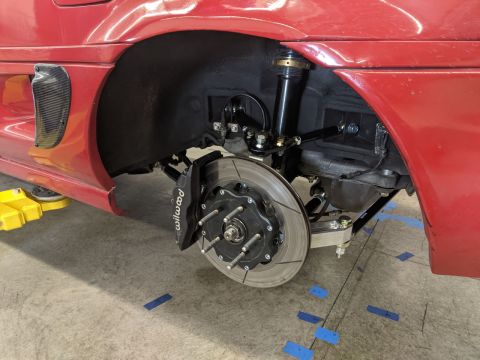 There's a lot of things to like about the MR2, but the McPherson strut rear suspension really isn't one of them.  But that's so thoroughly baked into the design of the car that we couldn't possible change it, right? 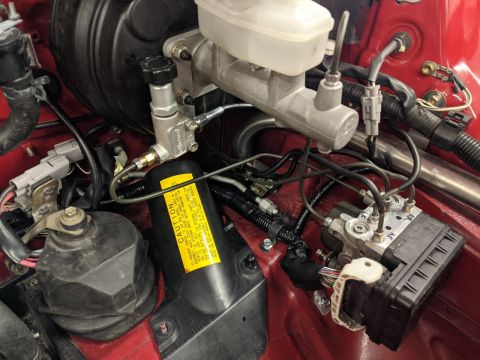 The ABS system in the MKII MR2 is known to be a bit... let's just say it was the best they could do in 1990.  It wasn't great.  Better than nothing in certain circumstances, but overall not great.  Toyota did improve it quite substantially in 93, and I had retrofitted a 93 ABS ECU into my first MR2, but that only helped so much.  My "new" chassis didn't have ABS, but I kept all of the pieces from my original car so I could add it if I ever wanted.  But I just never could bring myself to install that ancient lump!  But what about something more modern?  Like the system from the MR2 Spyder? 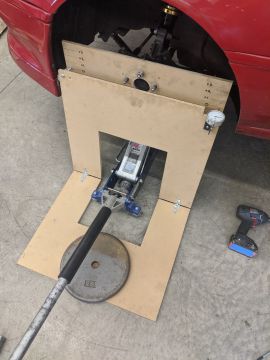 For years my suspension has been basically all of the parts that I sell, but not much of it was unique.  Standard geometry kit, Koni coilovers with my top mounts, the control arms were the only "custom" pieces.  Spring of 2020 I found myself with some extra time on my hands, and I seriously revisited my suspension model for the first time in years (see these links for the original analysis).  Maybe I can improve things a bit... 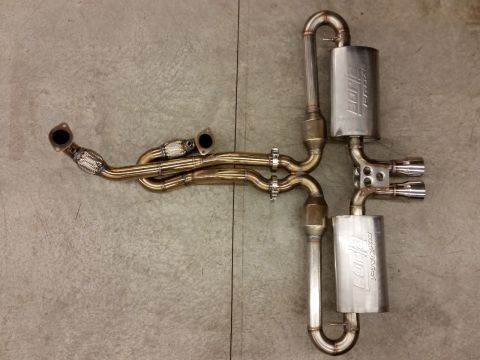 Almost since I first v6 swapped on my car, I have been reading about the performance benefits of a true dual exhaust with an x-pipe compared to the y-pipe I have been running.  But I was skeptical.  How much difference could it really make?  Would I even be able to fit two pipes over the cross member?  Finally I decided to give it a try. 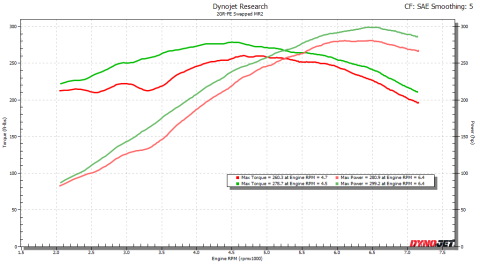 Toyota rates the 2GR at 269hp (at the flywheel), give or take a bit depending on the application.  My swapped MR2 initially dyno'd 280hp (at the wheels).  Assuming 15% drive train loss, that's 330hp at the flywheel, or a gain of 61hp vs stock and a specific output of 94hp per liter.   Not bad for a stock motor with intake / headers / exhaust, but that doesn't mean there isn't room for improvement! 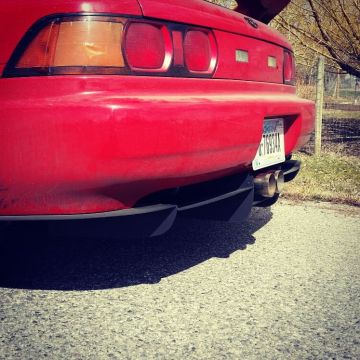 Building a (functional) rear diffuser has been on my list of things I wanted to do for a while, but getting it to fit nicely around the exhaust was always a problem.  My new center exit exhaust solved that, so on to the diffuser build! 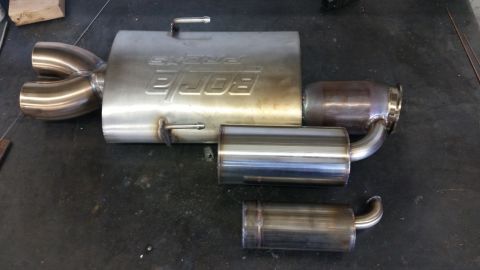 A few months ago I posted about a new exhaust that I built for my 2GR swapped MR2.  It sounds great, it looks awesome (especially in combination with the rear diffuser that I built around it, write-up on that coming soon), but I very quickly found that it had one major drawback.  TERRIBLE drone at about 2500rpm.  This wouldn't be a big deal if I never drove my car on the street, but I do, and so something had to be done! 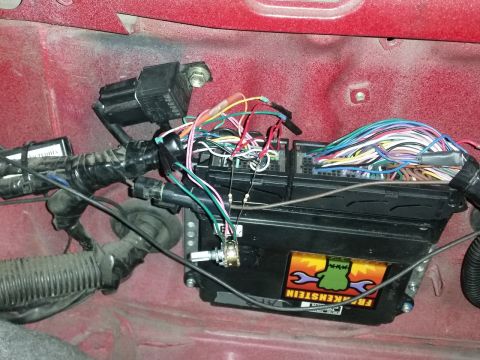 Have you found the electronic throttle on your 2GR swapped MR2 to be a little too sensitive?  It turns out, there is a reason for that, and also a $15 solution! 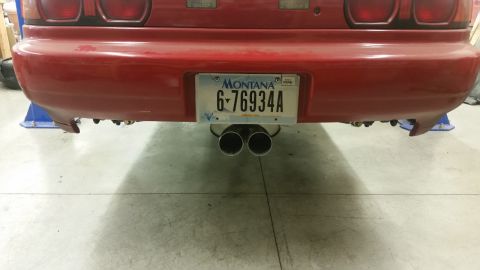 For a while now I have been wanting to build a new muffler section for my car, mostly to replace the 27lb Berk Technology muffler with something a bit lighter weight.  From there the project evolved into a low profile, center exit design to better accommodate a rear diffuser that I would like to build some day.  Having something unique is of course a plus as well. 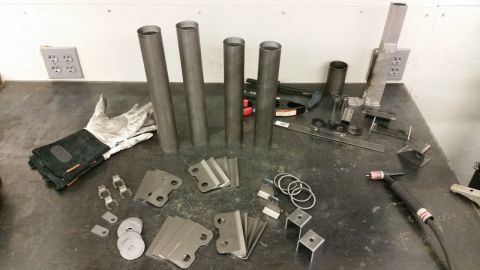 While building a set of my custom coilover housings recently, I thought that maybe people would like to see what the process of taking these from a pile of parts to a finished set of housings looks like.  So here we go! 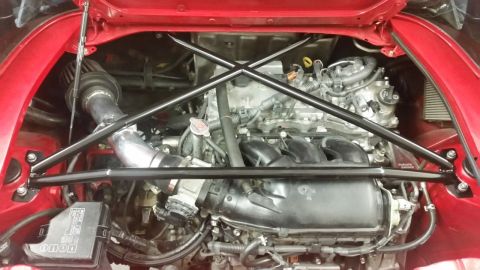 For quite a few years now I have been tempted by the idea of ditching my 3S-GTE turbo 4-cylinder and swapping in one of Toyota's newer v6 motors, namely the 3.5L 2GR-FE.  But my 3S was still running great, and I had too much time, money, and effort invested in it over the years to drop it without a good reason.

For a number of reasons, I have long resisted the idea of trailering my car to events.  But, that doesn't mean I have been content to run street tires on the track or at an out-of-town autocross.  The solution, of course, is a tire trailer!