For a while now I have been wanting to build a new muffler section for my car, mostly to replace the 27lb Berk Technology muffler with something a bit lighter weight.  From there the project evolved into a low profile, center exit design to better accommodate a rear diffuser that I would like to build some day.  Having something unique is of course a plus as well.

The project starts with a new mount, since of course the stock muffler mounts on either side of the trunk won't work very well for a center exit like I am planning to build.  Also the mounts themselves are quite heavy.  A piece of aluminum angle, bolted to the trunk floor in three places does the trick while also being very light weight.  Bolted to it are two generic rubber exhaust hangers. 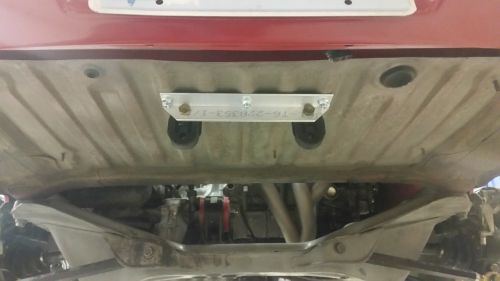 Next I figured out how close to the trunk floor I wanted the muffler to sit, and once that distance was determined I mocked it up with some scraps of wood, and tacked my muffler hanger rods to the muffler. 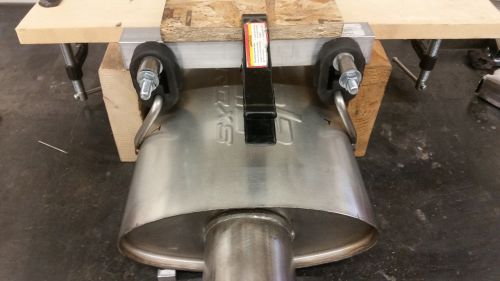 My y-pipe (see my 2GR Swap post for details on that project) needed to be cut shorter to line up with the new muffler location. 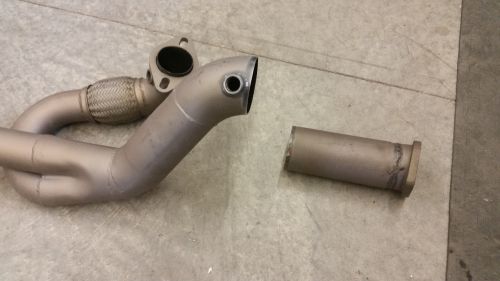 And here's the test fit of the muffler hanging in it's new home. 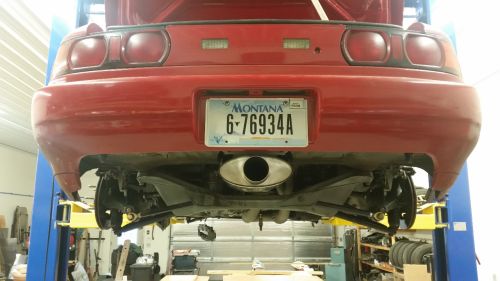 I tacked one half of the v-band flange to the y-pipe and then started cutting angles on both the Vibrant catalytic converter that I am adding and also on the inlet to the Borla Pro XS muffler until everything lined up just right.  A lot of care was also taken during this process to make sure that the muffler outlet stayed centered. 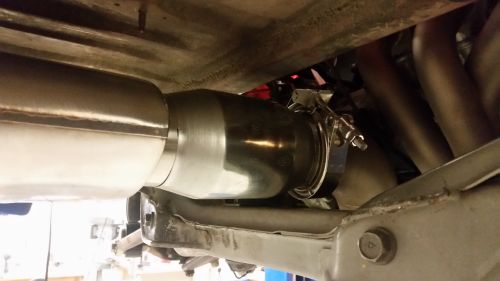 At one point in this process I found myself needing a little more angle on the cat inlet than I really wanted to cut, since the inlet was starting to get somewhat oval shaped.  So I mounted the V-band in the mill with a shim under once side and machined a little material off of the edge, creating a tapered flange. 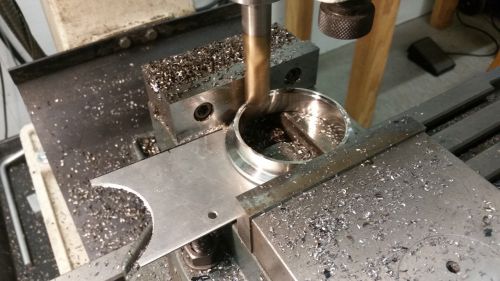 The plan in my head called for a dual tip under the license plate, but I couldn't find a ready made tip that I was happy with.  They either all had smaller than 3" inlets, or were way too long, or way too expensive, or all of the above.  So per standard procedure around here, I made my own. 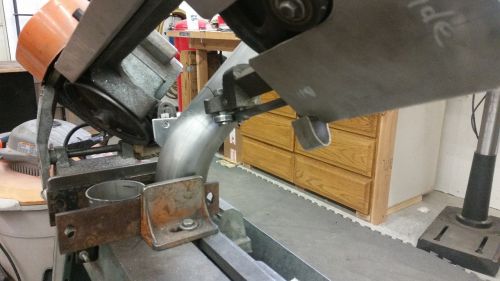 Next the two halves of the tip were tacked together, and once I was happy with the fit fully welded. 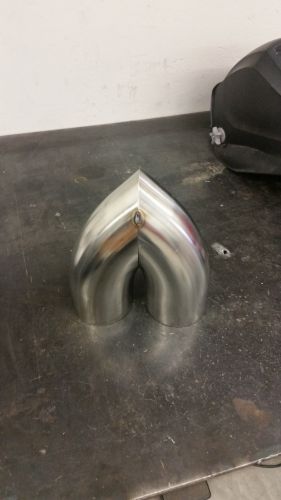 Joining the tip to the muffler required some careful miter cuts.  Since the bend in the tip is 45°, each side of the miter on the muffler outlet is cut at 22.5°.  This cut is then used to mark the matching angles on the tip.

Finally, after one last test fit to make sure everything was where I wanted it, everything was fully welded.  I added gussets to reinforce the muffler hangers and spread the load out in a larger area of the muffler. 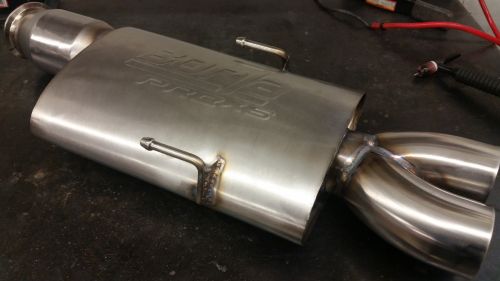 And here's the final piece installed. 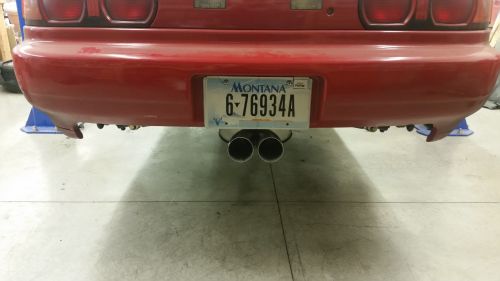 Of course, everyone is going to want to know how it sounds!  So here's the obligatory "startup and rev" video.

Overall, I'm quite pleased with it.  It's quite a bit deeper than the Berk, and a bit smoother / less raspy.  Overall volume level I think is similar, although I don't feel like I will know for sure until I drive it.  It also weighs only about 11lb total, whereas the Berk with all of it's mounting hardware is about 27.